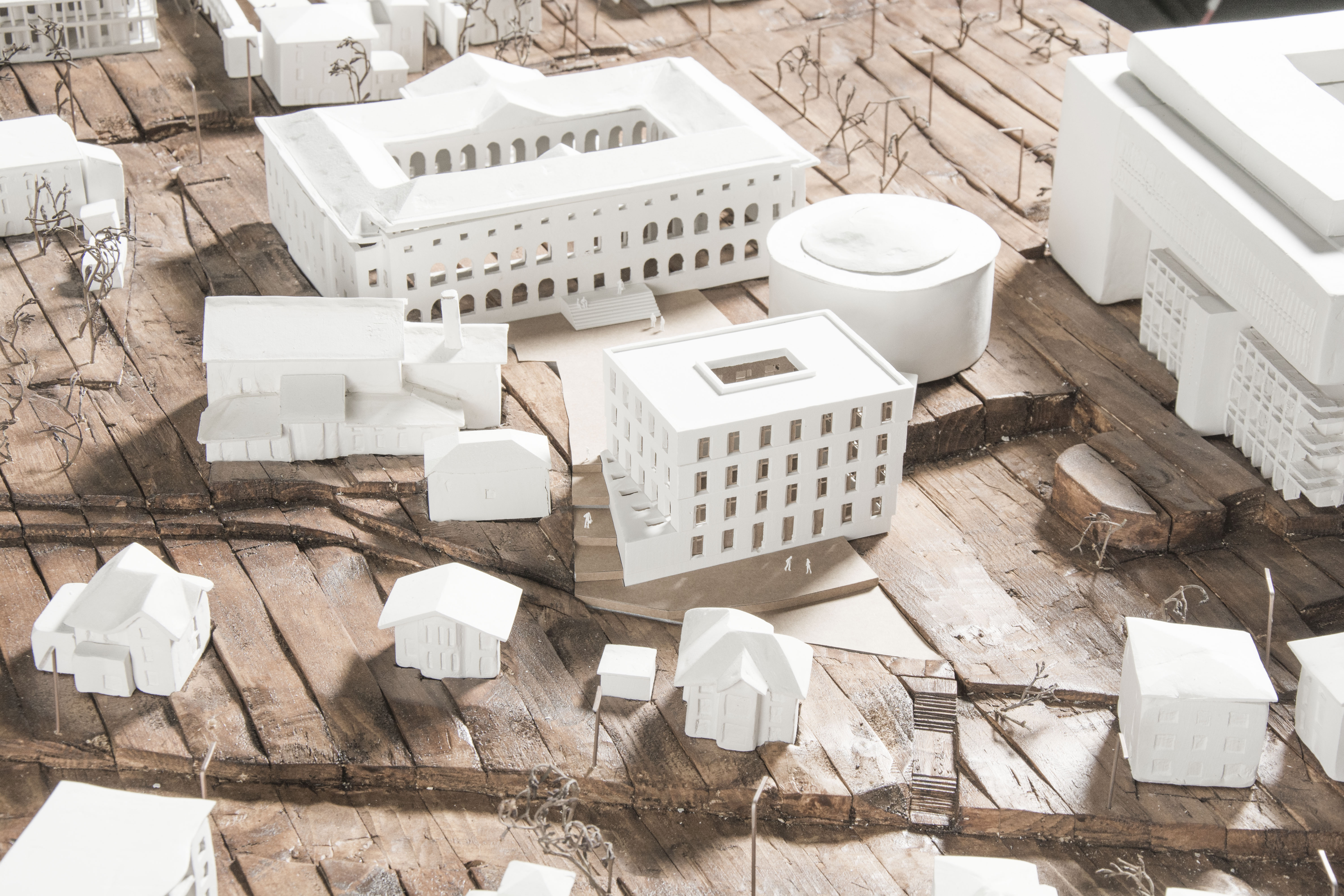 The new building volume is the result of a study of different building options. The relatively compact building encloses a space which forms a square in between the existing buildings. Thereby the square adds to a sequence of already existing open spaces between the buildings.

A formal entrance at the lower part of the building serves as an entrance for the visitors from the station. The entrance leads toward the atrium in the center of the building. From the atrium on the ground floor, an underground connection is formed with the Teatro dell’architettura.

Inside, the workspaces are distributed around the atrium surrounded with cabinets for models. An open corridor and situating the main route of the building along the studios stimulates interaction between the ateliers, therefore encouraging curiosity.

Toward the southern side of the building the floor plan is shifted to situate workspaces along the atrium. These offices are for the student assistants and professors associated with the design ateliers on the same floor.

In the corridor, direct sunlight is captured during the winter. The warmed air creates an airflow through the building. Eventually the closed corridor serves as an ideal place to have a phone call or a private conversation separated from the open atelier.

An important feature of the design ateliers is the way in which they are open to other people. Passers-by can join the discussions or walk by, even when there are “critics” with the professors. This curiosity is important and enriches the ability to learn from each other. A corridor as part of the design studio improves visibility and encourages interaction between the studios.

Facing towards the square, the window openings are larger and create a more open character. The angled reveals of the window stimulate the entry of the sun. On the other side of the building, the angled reveals of the window play with the observer. The solidity of the building appears to be different when looking from different directions. Whereas from the inside, the angled surface allows a view overlooking the valley of Mendrisio and the mountain passage toward Lugano.